The Manggar Megar Foundation is a Javanese-Surinamese cultural organization for all ages.

The Manggar Megar Foundation
Wim and Hermine Kromoredjo, together with the late Mrs. S. Djowikromo,
took the initiative to set up a foundation. They named this foundation Manggar Megar,
and registered it officially in The Hague on July 10th, 2004.
The meaning of its name, "Manggar Megar," is: "Blooming coconut flowers,"
or "the coconut blossoms are blooming."
The story behind the choice of the name Manggar Megar is the idea of a new or
young foundation that is still developing, or blooming.
Our goals are the development and preservation of Javanese performing arts in the Netherlands,
including almost forgotten performing arts such as Wayang Kulit and Javanese theatre. 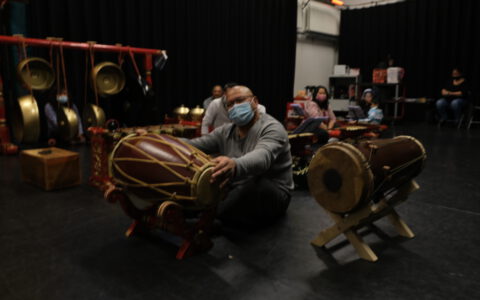 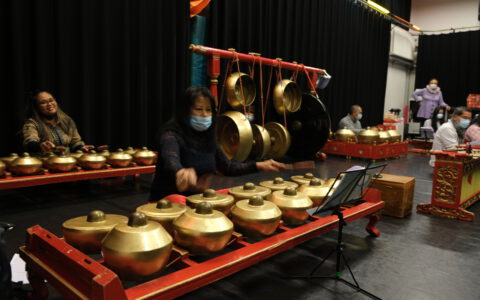 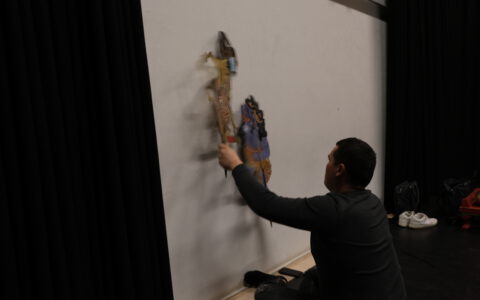 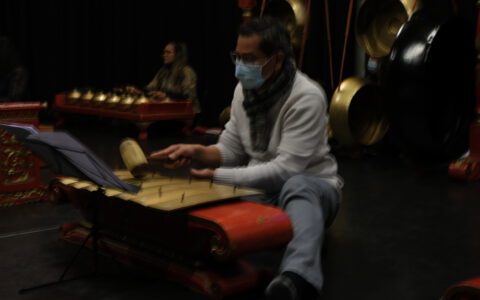 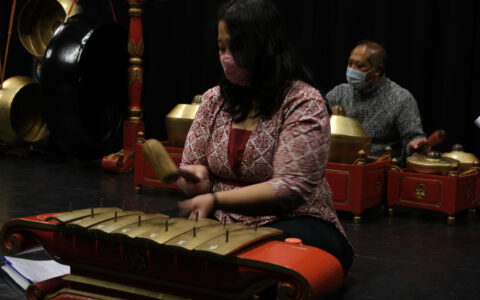 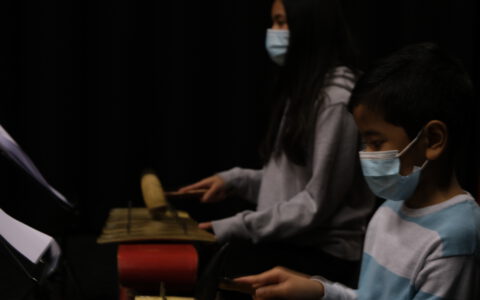 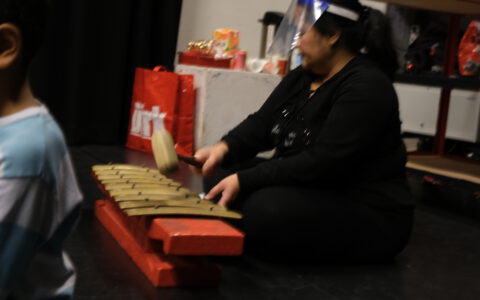 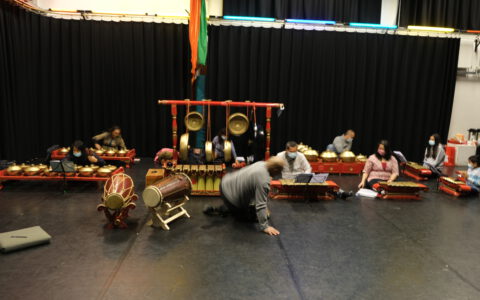 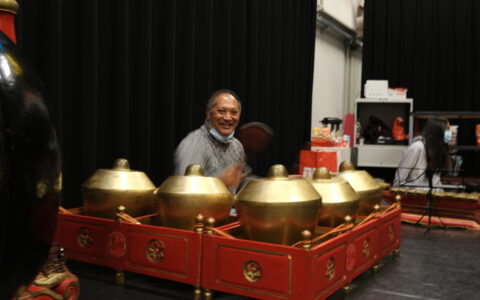 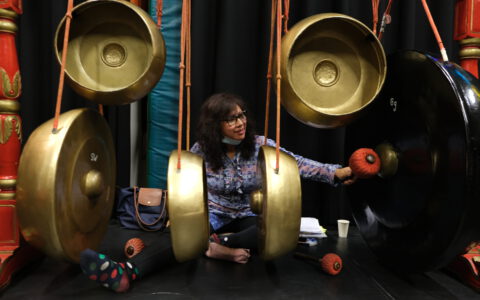 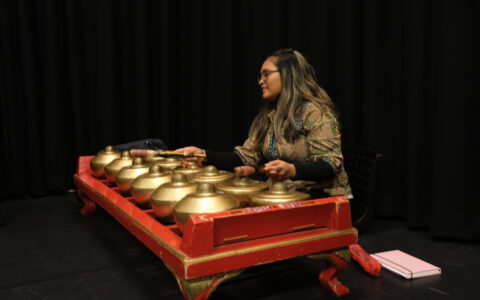 Around a year after Manggar Megar was founded, the gamelan group Witing Klapa was born. The meaning of Witing Klapa is coconut. In other words, one of the young coconut blossoms has borne a fruit and that fruit has fully developed into a mature coconut, our gamelan group.

The gamelan group Witing Klapa has a number of unique characteristics, which include:
– a wide range of ages: Many talented young people participate, and they are supported by the knowledge of participants over fifty years old.
– practicing two different kinds of gamelan music: Witing Klapa plays both music in both Surinamese-Javanese and Indonesian styles.
– accompanying Wayang Kulit performances and other Javanese theater performances.

Every Friday evening, the group comes together to practice gamelan music under the direction of Orlando Kromopawiro.

Orlando Kromopawiro, also known as Hardjo Prayetno, teaches the gamelan by writing notation of the pieces and sharing them with the group. During the lessons, each member of the group is taught how to play a gamelan instrument. They also learn to play and understand the rhythms and the different styles of gamelan music.
Manggar Megar is committed to the preservation of Surinamese-Javanese and Indonesian traditions in the Netherlands. For the preservation of the Surinamese-Javanese Gamelan, Witing Klapa has worked together with other gamelan groups in the Netherlands, under the name of the Surinamese-Javanese Gamelan Network. The Network works with a Foundation called Stichji, the Foundation for the Commemoration of Javanese Migration to Suriname. The goal was to have the Surinamese-Javanese gamelan tradition included on the list of Intangible Cultural Heritage of the Netherlands—and this was accomplished on December 10th, 2020.

For more information, contact Wim and Hermine Kromoredjo at 06-31640307 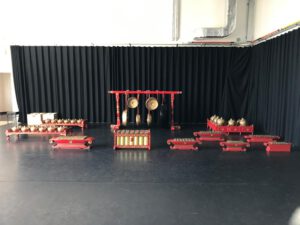